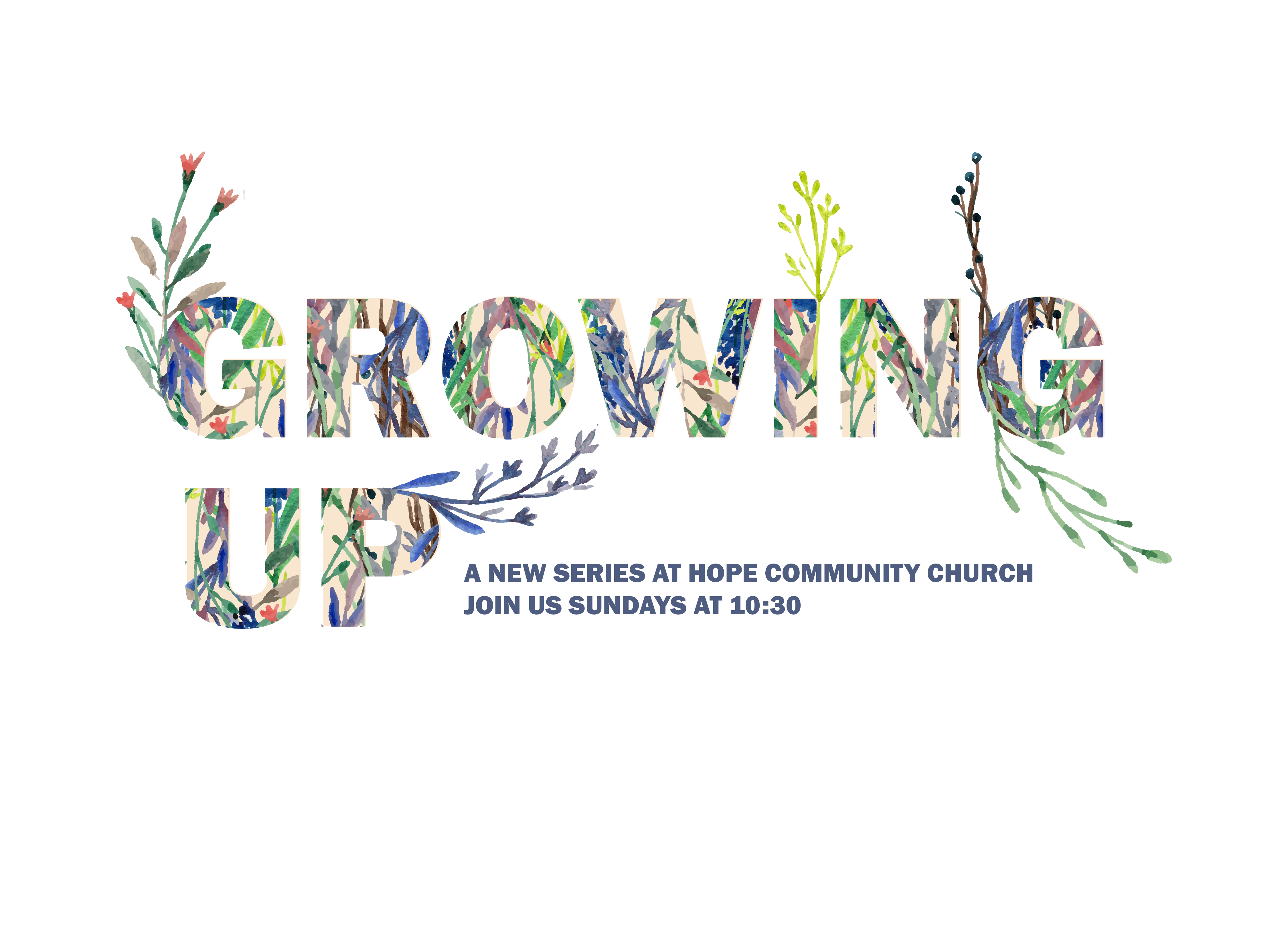 Throughout the bible and since the beginning of time man has been given the test of obedience. It started with a man named Adam and his wife Eve. God put them to the test to see if they were going to be obedient to what He commanded them.

Genesis 3:16-17  And the Lord God commanded the man, saying, “You may surely eat of every tree of the garden, 17 but of the tree of the knowledge of good and evil you shall not eat, for in the day that you eat of it you shall surely die.”

Notice the command of God was not only to keep him away from the tree of knowledge, it was also to eat of the fruit of the other trees. If Adam would walk in obedience to that command he would enjoy living forever in paradise, the garden of Eden, walking and fellowshipping with God.  There was a blessing for walking in obedience, but there was a curse for walking in disobedience. “You shall surely die”  We know the end of the story, Adam and his wife chose disobedience and consequently sin entered the world and death entered by sin.

Almost 3000 years later Moses is giving his final instructions to the people of Israel: Deuteronomy 5:32-33  You shall be careful therefore to do as the Lord your God has commanded you. You shall not turn aside to the right hand or to the left. 33 You shall walk in all the way that the Lord your God has commanded you, that you may live, and that it may go well with you, and that you may live long in the land that you shall possess.

Again, we see a blessing for those who are obedient to the Lord’s commandments. However, in the prior chapter, we see the consequences for walking in disobedience.  Deuteronomy 4:25-27
25b if you act corruptly by making a carved image in the form of anything, and by doing what is evil in the sight of the Lord your God, so as to provoke him to anger, 26 I call heaven and earth to witness against you today, that you will soon utterly perish from the land that you are going over the Jordan to possess. You will not live long in it, but will be utterly destroyed. 27 And the Lord will scatter you among the peoples, and you will be left few in number among the nations where the Lord will drive you

There is a blessing of long life and things going well that awaits the obedient, but the disobedient will be punished with a short life and destruction.

Now let’s go to the text that we will be studying today.  Daniel 1:3-9

In this story, we see a man who not only obeyed God once in his life, but upheld the discipline of obedience in his life even amongst a non-believing culture.  Daniel and his 3 friends were some of the first people taken captive as exiles in Babylon. They were Hebrew boys with a rich Jewish culture. Yet they were forced to live in a place that far away from home.  As believers of Yahweh, Daniel and his friends were a minority amongst a pagan society, living under the rule and reign of a pagan king Nebuchadnezzar.  Nebuchadnezzar was such an evil king who had no regard for Daniel’s God as he had taken the utensils from the temple of God and brought them into the temple of his false god.

What were these young Hebrew boys to do?  They find themselves alone, a long way from home, forced to live in a godless place.

Jeremiah 29:4-7 “Thus says the Lord of hosts, the God of Israel, to all the exiles whom I have sent into exile from Jerusalem to Babylon: 5 Build houses and live in them; plant gardens and eat their produce. 6 Take wives and have sons and daughters; take wives for your sons, and give your daughters in marriage, that they may bear sons and daughters; multiply there, and do not decrease. 7 But seek the welfare of the city where I have sent you into exile, and pray to the Lord on its behalf, for in its welfare you will find your welfare.

This presented both an opportunity and a challenge. The opportunity was to make good lives for themselves in a hostile land, and perhaps bring God’s power to their new country.  The challenge Daniel faced, how was he and his friends to adjust to this new culture while still being loyal to his God and his people.  In other words, were they going to allow the riches and culture of Babylon to influence them in their allegiance to God. Will they be obedient to God even though no one else was?  It is interesting that even though God had allowed this judgment to come to Jerusalem for their sins, He Promises “for in its welfare you will find your welfare.”  Again, we see the blessing for obedience.

3 Then the king commanded Ashpenaz, his chief eunuch, to bring some of the people of Israel, both of the royal family and of the nobility, 4 youths without blemish, of good appearance and skillful in all wisdom, endowed with knowledge, understanding learning, and competent to stand in the king's palace, and to teach them the literature and language of the Chaldeans. 5 The king assigned them a daily portion of the food that the king ate, and of the wine that he drank. They were to be educated for three years, and at the end of that time they were to stand before the king. 6 Among these were Daniel, Hananiah, Mishael, and Azariah of the tribe of Judah. 7 And the chief of the eunuchs gave them names: Daniel he called Belteshazzar, Hananiah he called Shadrach, Mishael he called Meshach, and Azariah he called Abednego.

They were to stand in the king’s palace, they were to be taught the literature and language of the Chaldeans and they were to eat what the king assigned them to eat. In other words, they were to look and act more like Babylonians and less like Jews.  They were even stripped of their Jewish names. Their names were a memorial of who God was to them. They were given Babylonian names instead which were ascribed to the false god bel.

Perhaps many of you can relate to these Hebrew boys.  Maybe you work at a place in which you are surrounded by sinners, and the person in charge may appear to be the worst of sinners.  Perhaps you’re a school teacher or you are in a system in which they do not allow you to talk about God.  Maybe you are in school and the professors or teachers are pushing some false doctrine down your throat. (example of biology class)  In those situations, one could easily feel how Daniel and his friends must have felt as they faced, the pressure to conform to this world and deny all godliness.  Were they going to bow down to this worldly system? Or were they going to obey God instead?

8 But Daniel resolved that he would not defile himself with the king's food, or with the wine that he drank. Therefore, he asked the chief of the eunuchs to allow him not to defile himself.

Daniel was determined to be obedient to God.
• He may have learned about the stars as the Babylonians did, but he did not worship them.
• He may have learned about their magic and divination but he did not practice them.
• They may have tried to take his identity away by changing his name, but inwardly he knew who he was.
• The Babylonians wanted to defile the Hebrews by making them eat the king’s meat that was offered to idols, but Daniel draws the line and choses to walk in obedience to what God had said about eating such food.

You may be thinking what was the big deal it’s just food? It was a big deal to a Jew, who were supposed to be different, set apart for God. It’s a big deal whenever God said do not defile yourself with unclean foods.

He was not a Babylonian, he was a Jew, God’s chosen people. Daniel had disciplined himself to walk in obedience, so that when he faced opposition he would not cower.  It does not matter what this world tries to make you into, know that you are a child of God, His special possession. And being His child requires our obedience.  It says “Daniel resolved that he would not defile himself”

In other words, obedience doesn’t happen by accident. (my kids will not accidentally clean)
Nor would Daniel accidentally overcome the pressure of bowing to the Babylonian system. He had to be intentional about obeying. (example of intentionally walking in obedience at work)
I believe the reason he could overcome was because he had a lifestyle of obedience. He was intentional about obeying God. He carried that obedience with Him as an exile in Babylon.
Look what happens as Daniel steps out in obedience toward God.9 And God gave Daniel favor and compassion in the sight of the chief of the eunuchs,

There are countless examples in the bible of God’s favor and compassion being upon those who are obedient. There are just as many examples of judgement and wrath for those who disobey.
The enemies’ tactics are the same he tries to get us to disobey, ultimately so that he can strip us of our identity as sons and daughters of the Most High God. God’s enemy, Satan desires that God’s people will look and act more like the world than like followers of Christ.

You might not be able to escape working a secular job, or going to a secular school, or being involved with secular people every day of your lives, hearing and seeing things in our world that are intended to make us look and think more like the belief system of the world than of God.
What will set us apart from the world is our decision to walk in obedience to God even when it is not the popular thing to do.

Rebuild by Securing the Gates

Seek the Good of the City

I am the Door

Don't Act a Fool Use Wisdom

Reach Out and Touch Someone

Oh When the Saints Walk in Unity

Where Are You Rooted?