1 On that day King Ahasuerus gave to Queen Esther the house of Haman, the enemy of the Jews.

For a moment let’s talk a bit about King Ahasuerus and Queen Esther.  This is a story about a king and his kingdom.  As we already know the kingdom and all that it entailed was in place for the glory and majesty of the king.  The Harem was there for the pleasure of the king.

Servants attended the king 24/7, ready to fulfill any wish that he may have.

Anything and everything that is done, is done by permission of the king.  If the king decreed it then it was so and there was no changing that decision according to the law of the Medes and the Persians.

As we mentioned in chapter 3, Haman had the signet ring from the king with permission to do whatever he wanted with the Jewish people.   He then makes a decree:

13 Letters were sent by couriers to all the king's provinces with instruction to destroy, to kill, and to annihilate all Jews, young and old, women and children, in one day, the thirteenth day of the twelfth month, which is the month of Adar, and to plunder their goods.

Haman was given the signet ring by the king which made the decree irreversible, even after Haman was executed.

It was the law of the Medes and the Persians, it was still to be carried out, so the Jewish people are still in danger at this point.

Let me add my opinion, this is a stupid law.  The King obviously seen Haman for what he was and ordered his execution yet because the execution of the Jews was already decreed then it had to be so.

That would be equivalent of saying, Hey I know this is a bad idea, but let us do it anyway.

It makes me think, hey Xerxes you’re the king, people look to you as though you are a god, don’t you have the power to change that?  Surely you can say or do whatever you want and people will submit to your every desire. Surely you can exercise your authority here (pause)

Before we are too critical on this king, let take a look at our lives.   How many times do say, “well this is how it has always been.”

My grandfather was a drunk, my dad was a drunk, I guess I will be one to.  Or my Grandfather abused his wife, my dad abused my mom and so I will do the same.  Or my grandmother had high blood pressure, my mom had high blood pressure so I guess I will to.  Or My grandmother was born in poverty as a single mom, my mom raised us as a single parent in poverty and I will do the same.

So, we believe the lie, because it has always been like this, then it will continue to be like this.  We are like king Xerxes in that we do not realize the power that is within us.

It does not have to continue to be like it has always been.  You can break the generational curse off your life today!

While the king may have failed in that he did not cancel the decree by Haman, He does something right in that He gives permission to Mordecai and Esther to write a new decree.

1b And Mordecai came before the king, for Esther had told what he was to her. 2 And the king took off his signet ring, which he had taken from Haman, and gave it to Mordecai. And Esther set Mordecai over the house of Haman.

Everything that Haman had gained in his life, money, power, fame was handed over to Mordecai, the very man that he despised.

If you use the gifts, talents, or position that God gave you for destruction, then God will take them from you and give them to someone who will use them for His good.

In this story, it is given to Mordecai.

3 Then Esther spoke again to the king. She fell at his feet and wept and pleaded with him to avert the evil plan of Haman the Agagite and the plot that he had devised against the Jews.  4 When the king held out the golden scepter to Esther, Esther rose and stood before the king. 5 And she said, “If it please the king, and if I have found favor in his sight, and if the thing seems right before the king, and I am pleasing in his eyes, let an order be written to revoke the letters devised by Haman the Agagite, the son of Hammedatha, which he wrote to destroy the Jews who are in all the provinces of the king. 6 For how can I bear to see the calamity that is coming to my people? Or how can I bear to see the destruction of my kindred?” 7

At this Point Esther and Mordecai are secured, they were no longer in danger of being destroyed by Haman.  They could have chosen to sit back in all their wealth and prestige and allow the annihilation of the Jews to take place.

However, they were not satisfied with only their lives being spared.  They were wanting the same grace that they have received to be demonstrated to the Jewish people.

What if the people of God, were not satisfied with their own salvation, but were concerned about all of those who are doomed because of their sins?

Authorized to Pulverize For The Good Of Others

Our tendency however is to sit back in our throne, our comforts of life, our satisfaction meanwhile people around us perish without knowing Jesus.

So, she spoke again.  Meaning she faced the same risks this time as she had the first time. She went to the king without being summoned knowing that the penalty could mean death.  However, this time she has the confidence of her past success.  You too may have to speak again and again to those around you, taking risks every time.

She falls at his feet, which is a sign of surrender.  She realizes that her answer to her need is in the hands of the king to whose feet she fell.  In a sense, she said you are the king, you are the only one who can do something about this situation.

Then King Ahasuerus said to Queen Esther and to Mordecai the Jew, “Behold, I have given Esther the house of Haman, and they have hanged him on the gallows, because he intended to lay hands on the Jews. 8 But you may write as you please with regard to the Jews, in the name of the king, and seal it with the king's ring, for an edict written in the name of the king and sealed with the king's ring cannot be revoked.”

The king at this point gives them all power and authority to do as they please on behalf of the Jews.

We too can experience great power and authority in our lives.

But it starts with finding ourselves at the feet of King Jesus.  When we see Jesus for who He really is and that He is the only one who can take care of our need.  He then gives us the power and authority to overcome the schemes of the enemy.

So it was with the man Peter.  Jesus had just asked his disciples who do people say that I am.

Peter knew Jesus to be the Christ the Son of the Living God.  And because of his declaration God then gives Peter the Power to overcome the enemy.

Meaning things don’t have to stay the same as they have always been.  There is power in the name of Jesus.  (We will talk more about that in weeks to come)

This power given to Peter which allowed him to declare things that were not so as though they are, came from a revelation of who Jesus was.  That He was the source of such power.

In a same way, Esther had recognized it was in the king’s power to change her situation and ultimately, he gave her the power and authority to decree whatever it is that she wanted.

The Power that Jesus gives us to overcome our enemy is greater than that which was given to Esther.  What she received was from a carnal man with carnal limitations.

Luke 10:19 19 Behold, I have given you authority to tread on serpents and scorpions, and over all the power of the enemy, and nothing shall hurt you. 20 Nevertheless, do not rejoice in this, that the spirits are subject to you, but rejoice that your names are written in heaven.  (Stop waiting for God to do it when He has already given you the authority)

He has given you authority over the power of the enemy.  You have power over all of his tricks and schemes, over every attack on your life and your family.

If the king decreed it then it is so

We as believers have authority over the enemy, yet many of us choose not to use it.  We allow the enemy to continue to steal from us and destroy our lives.

All the king’s authority was in Esther’s hand.  The ball was in her court was she going to use it?

9 The king's scribes were summoned at that time, in the third month, which is the month of Sivan, on the twenty-third day. And an edict was written, according to all that Mordecai commanded concerning the Jews, to the satraps and the governors and the officials of the provinces from India to Ethiopia, 127 provinces, to each province in its own script and to each people in its own language, and also to the Jews in their script and their language. 10 And he wrote in the name of King Ahasuerus and sealed it with the king's signet ring. Then he sent the letters by mounted couriers riding on swift horses that were used in the king's service, bred from the royal stud, 11 saying that the king allowed the Jews who were in every city to gather and defend their lives, to destroy, to kill, and to annihilate any armed force of any people or province that might attack them, children and women included, and to plunder their goods, 12 on one day throughout all the provinces of King Ahasuerus, on the thirteenth day of the twelfth month, which is the month of Adar.

Authorized To Pulverize, So Do It

She indeed uses the authority that was given to her by the king to preserve her people.

Not only did she use it, but she uses it to the same extent that Haman had planned on using it for evil.

The Jews were given permission to

Haman had planned for the destruction of all Jewish people including women and children, and he had intended for their goods to be plundered.

However, God has an incredible way of using what the enemy meant for evil and turning it around for our good. Everything that the enemy stole from your life, make him repay it.

(object lesson) Are you using the authority that God has given you as children of God? 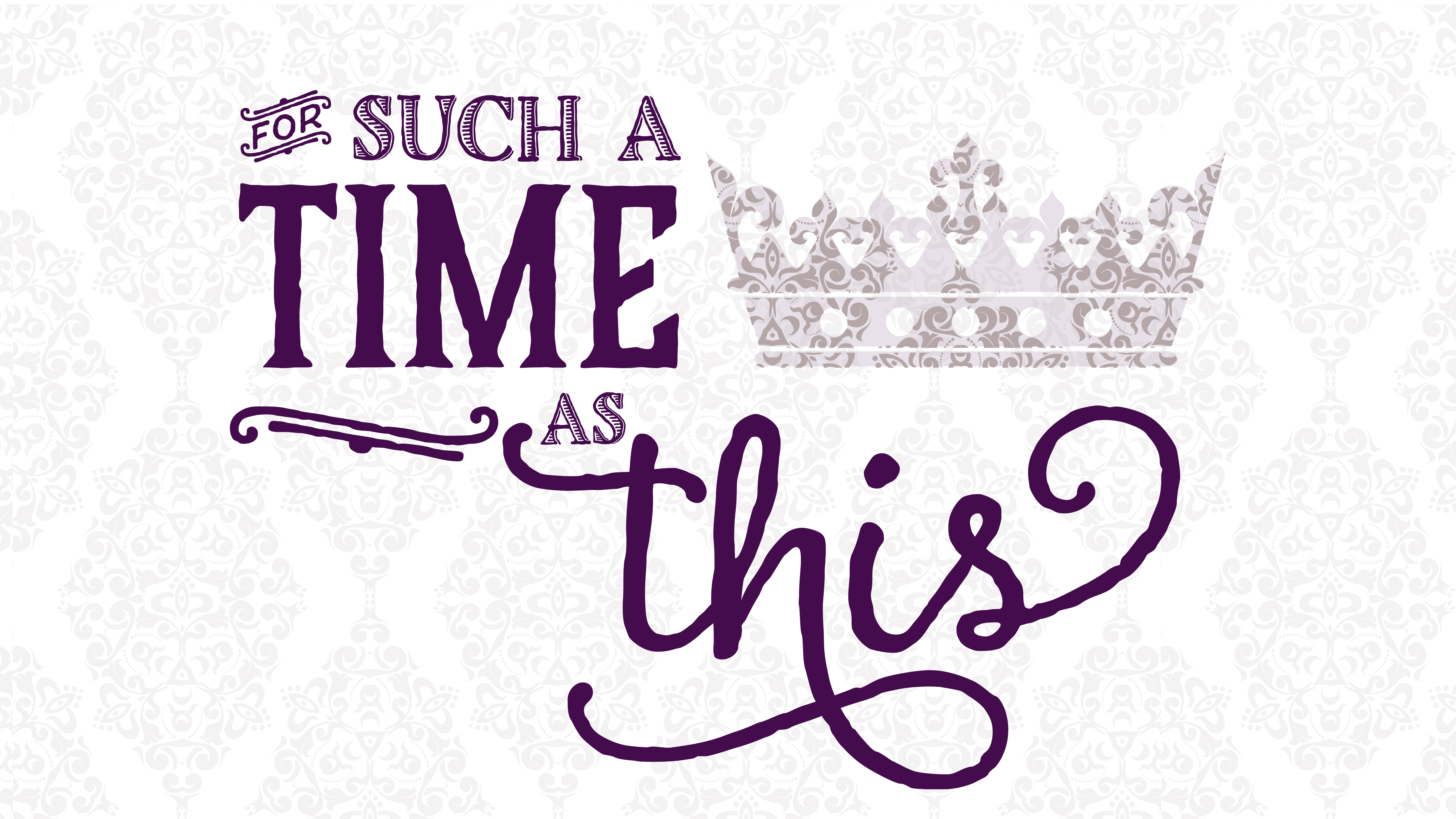 More in For Such a Time as This

Jesus is a Better Esther