You Are What You Think

You are what you think

For as he thinks in his heart, so is he.

Jesus Heals a Man with a Demon

5 They came to the other side of the sea, to the country of the Gerasenes. 2 And when Jesus had stepped out of the boat, immediately there met him out of the tombs a man with an unclean spirit. 3 He lived among the tombs. And no one could bind him anymore, not even with a chain, 4 for he had often been bound with shackles and chains, but he wrenched the chains apart, and he broke the shackles in pieces. No one had the strength to subdue him. 5 Night and day among the tombs and on the mountains he was always crying out and cutting himself with stones.

We cannot talk about the mind and our thought life without talking about the destructive impact the enemy has on our minds.

44 You are of your father the devil, and your will is to do your father's desires. He was a murderer from the beginning, and does not stand in the truth, because there is no truth in him. When he lies, he speaks out of his own character, for he is a liar and the father of lies.

The only weapon the enemy has against you is lying.  He speaks lies in hope that you believe the lies, with the intent you act on the lie, so that you will live a lie, and be bound by a lie.

Lying as we know enters the mind.  Your mind is the battlefield.

Every person has a choice whether to accept those lies as truth or to reject them.  As we learned when we accept them as truth for our lives, those neurons team up to keep you believing that lie.

This man from the tombs started out as you and I start out, born of a woman, born with a sinful nature.  Somewhere along the line, he did not take up his spiritual armor, which is given to guard against the attacks of the enemy, he gave into the lies and opened himself up to an attack to the powers of satan.

“Every person who is outside of Christ is endanger of demonic possession.”

Because of this demon possession, this man found himself in a pitiful state.  He was isolated, He cut himself, and he was in anguish as it says that he cried out every day and every night.

Perhaps one lie you believe is that you are not beautiful.  Someone has told you that and your brain has accepted it as truth. So those neurons have teamed up to prevent you from ever believing that you are beautiful.

Maybe another lie is that you are good for nothing, or stupid, that there is nothing of value in you. Again, your brain has accepted it as truth.  Every time you try the words “I Can’t” prevail.

Every time you try to do something good, you are prevented from doing it because those neurons have teamed up to prevent you from doing it due to the lies that you have believed.

I am thankful that the story did not end right here for this for this man’s sake, and it certainly does not have to end in mental torment for you either.

6 And when he saw Jesus from afar, he ran and fell down before him.

Even while being controlled by the powers of satan, this man recognized Jesus as being the one who can change his situation.

There is only so much that self-help programs will do.  Sure, you can begin to replace those “I can’t” thoughts with “I can,” but for those who have been tormented in the mind with the lies of the enemy for such a long time, need something more than just “I can” they need “I am.”

Only “I am” (Jesus) can break the power of darkness off your mind.  You need Jesus to set your mind free.  Jesus knew it would be his power that made the man whole, so he purposely went to the other side of the sea with the intent to heal this man.

He knows what we need before we even ask.  He is a God full of mercy and compassion.

7 And crying out with a loud voice, he said, “What have you to do with me, Jesus, Son of the Most High God? I adjure you by God, do not torment me.” 8 For he was saying to him, “Come out of the man, you unclean spirit!” 9 And Jesus asked him, “What is your name?” He replied, “My name is Legion, for we are many.”   (Much like Neurons)

Legion is a number of soldiers in arms.  A legion of soldiers among the romans could consist of thousands of people.  The idea is that it was not just one demon inside of this man but a whole legion of demons working in unison to destroy this man.  The enemy is ruthless in his assault.

10 And he begged him earnestly not to send them out of the country. 11 Now a great herd of pigs was feeding there on the hillside, 12 and they begged him, saying, “Send us to the pigs; let us enter them.” 13 So he gave them permission. And the unclean spirits came out and entered the pigs; and the herd, numbering about two thousand, rushed down the steep bank into the sea and drowned in the sea.

14 The herdsmen fled and told it in the city and in the country. And people came to see what it was that had happened. 15 And they came to Jesus and saw the demon-possessed man, the one who had had the legion, sitting there, clothed and in his right mind, and they were afraid.16 And those who had seen it described to them what had happened to the demon-possessed man and to the pigs.

Three things happen to this man after his encounter with Jesus.

Christ had become this man’s covering.  Just as Christ becomes the covering for our sins.   Because of His precious blood we are covered in his righteousness.

This give us hope that we too can have a right mind.  We do not have to believe the lies that the enemy has used to keep us bound.

You can allow Christ to change your stinking thinking.  Even after this great demonstration of power, there were still some who did not allow Jesus to heal their minds.

17 And they began to beg Jesus to depart from their region.

Some will allow Christ to work in their lives and heal their mind while others will reject Him.  As for this man he went back to his home town and began to share with all what Jesus has done.

I started off with a verse from proverbs “For as a man thinks in his heart so is he.”

You are what you think!

So here are some practical ways we can take information that we have learned today and apply it to our lives.

At first you have to think about it and focus really hard.  But after a while you can perform that tasks without even thinking about them.

4 For the weapons of our warfare are not of the flesh but have divine power to destroy strongholds. 5 We destroy arguments and every lofty opinion raised against the knowledge of God, and take every thought captive to obey Christ,

You can begin to make new neurological pathways by choosing to take every thought captive and make it obey Christ.  You may have to focus really hard to do so at first but eventually it will be as easy as riding a bike.

You Are What You Think!

So, think of good things. 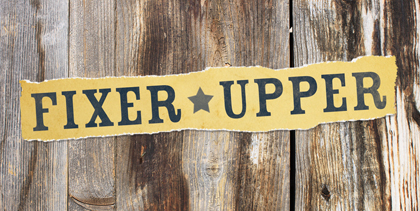 Put on the Breastplate of Righteousness

Allow Christ to Heal Your Why