An Encounter Changes Everything

Everything Changes with an Encounter

Jesus, the Great Physician, has the power to heal usfrom every sin, every weakness, every failure, every illnessand every evil ever committed against us. And he promises this healing to everyone who believes in him

25 And there was a woman who had had a discharge of blood for twelve years, 26 and who had suffered much under many physicians, and had spent all that she had, and was no better but rather grew worse.

In either case it is frustratingwhen you spend so muchmoney to fix the problem and the problem remains.  So, it was for this woman with an issue of blood.

She had a condition of excess bleedingthat was beyond the monthly cyclethat most women experience. She had this condition fortwelve years.

Rightbefore this encounterJesus encountered a man named Jairuswho had a daughter that was 12 yearsold who was about to die.

Thenumber 12appears 187 timesin the bible and it is a number that represents faith, purpose, completion and divine rule.  For example, the12 tribes of Israeland the 12 disciples of Jesusthey had faith they had purpose, they were a complete group,it was a number which Godwould use to establish his ruleand reign on the earth.

Even when Judas betrayed Jesusand then later killed himself, the apostles thought it necessaryto replace Judaswith someone who had been with them since the beginning.  They chose Matthiasto replace Judas and by doing so made the group completeagain.

So, when you think 12,think faith, purpose, completenessor wholeness.

Now in our story today the number 12 is not initially associated with completeness but depravityin two individuals in which the twelve-year-oldchild who is about to die and the womanwho has had an issue of blood for twelve years.

You can say her situation seemed anything but purposeful or complete. She was desperate.  She was broke, busted and disgusted.

But what seems like depravity to us, is opportunity for completeness and wholeness with Him.

27 She had heard the reports about Jesus

For her to hearthe reports about Jesus there must have been someone tellingabout what Jesus had done.  The way this world will hearabout Jesus, is by those who have been changed by Himbegin to give others a report on what the Lord has done in their lives.

So, faith comes from hearing, and hearing through the word of Christ.

27band came up behind him in the crowd and touched his garment. 28 For she said, “If I touch even his garments, I will be made well.”

Formost other encounterswith Jesus, people would make known their situationto Him and it was done according to their faith.

For example, when Bartimaeus who was born blind, heard that Jesus was coming to town he begins to yell at the top of his lungs “Jesus, Son of David, have mercy on me!”

Even the 10 lepersbegan to cry out“Jesus, Master, have mercy on us.”Lepers were to be put outside of the campand were to yell uncleanto anyone who passed by, but these guys were desperate. So, they first got the attention of Jesusbefore they received their miracle.

Thiswomanthat we are reading about today has a totally different approachto Jesus.

There was some shame in beggingand being totally reliant upon others, there was shame being a leperand having to live a life separated from society, but there was an even greater shame in being a womanand having to admit in front of a bunch of men that she had an issue of blood.

According to the old testament laws, she was considered unclean and everything she touchedwas also unclean.

So according to the law of Moses, this woman was unclean and for her to press throughthe crowd would make everything and everyoneshe touched unclean. Yet she was willing to take the risks.

Her plan to touch the Hem of Jesus’s garment was an attempt to get her miracle secretlywithout anyone knowingher condition for she was too embarrassed to make a formal petition to the master.

But watch what happens when an impure person encountersa pure and holy God.

29 And immediately the flow of blood dried up, and she felt in her body that she was healed of her disease.

Hershame had been wiped away.  Her sorrow was turned to joy. She became complete, she was made whole.  The number 12 held true in representing faith purpose and completeness.

30 And Jesus, perceiving in himself that power had gone out from him, immediately turned about in the crowd and said, “Who touched my garments?” 31 And his disciples said to him, “You see the crowd pressing around you, and yet you say, ‘Who touched me?’”

The power that had left Jesus was the power to heal.  When power had gone out from him, He knew exactly who the recipientof that power was, as He is all knowing. There’s no secret hidden from Him.  Whether secret sin,secret illness, or even secret faith all are known to Him.

But rather He asked the question “Who touched my garment?”so that the woman would have an opportunity to acknowledgethe miracle and give glory to God.

Thedisciples were obliviousto the fact that this woman had just been healed.  They are looking at the situation with a humanistic perspective.  They should have known by now that Jesus was intentional in everythingHe did or said.  If He said a particular thing it was for a reason. Instead of seeking out the reasonJesus asked such a question, they automatically assumed it was the wrong question to ask. But Jesus ignored their ignorance, He does not even acknowledge them.

32 And he looked around to see who had done it.

He was not looking to reprimandthis woman but rather to commend her for her faith.  He knew that her uncleanness could not make Him unclean, but ratherHis righteousness had made her whole. Because that is what happens when we encounter Him.

Everything changes with an Encounter with Christ.

33 But the woman, knowing what had happened to her, came in fear and trembling and fell down before him and told him the whole truth.

There is such a freedom that comes to our liveswhen we humble ourselvesat the feet of Jesus and confess to him “this is who we are.”  I’m not running from it anymore, I’m not pretending anymore, I am tired of the secrets, this is me. You are my master and I submit to you as a servant.

We need not be afraid or embarrassed to tell of the work that Christ has donein us.  Because our testimonies not only bring glory to God, but also encourage the faithof those around us.

This must have been an encouragement to Jairusas he was leading Jesus to his home to heal his 12-yr. old daughter. Perhaps his faith began to ariseafter hearing the report of this woman so that he too would believe that God would do the same for him.

Buthow would those aroundher have known such a miracle had takenplace had not Jesus asked, “Who touched my garments?”

Thiswoman’s encounterwith Jesus was not for her benefit alone, but for all those who were following Jesus to Jairus house.  I believe it was for Jairusas well.

34 And he said to her, “Daughter, your faith has made you well; go in peace, and be healed of your disease.”

To show that He was not angry with her, He calls her daughter.

Daughter- a daughter of God, acceptable to God, one who rejoices in God's peculiar care and protection

There was no need for her to fearfor her life as Jesus considered her a daughter of God.  She was acceptable to ‘God, she was to rejoice in God’s protection and carefor her life.

She was to go in peaceknowing that she was at peace with God.

When you encounter Jesus:

Jesus,the Great Physician, has the power to heal us from every sin, every weakness, every failure, every illnessand every evil ever committed against us.And he promises this healing to everyone who believes in him

21 And Jesus answered them, “Truly, I say to you, if you have faith and do not doubt, you will not only do what has been done to the fig tree, but even if you say to this mountain, ‘Be taken up and thrown into the sea,’ it will happen. 22 And whatever you ask in prayer, you will receive, if you have faith.”

Jesus can turn your shameinto a showcase of His Grace 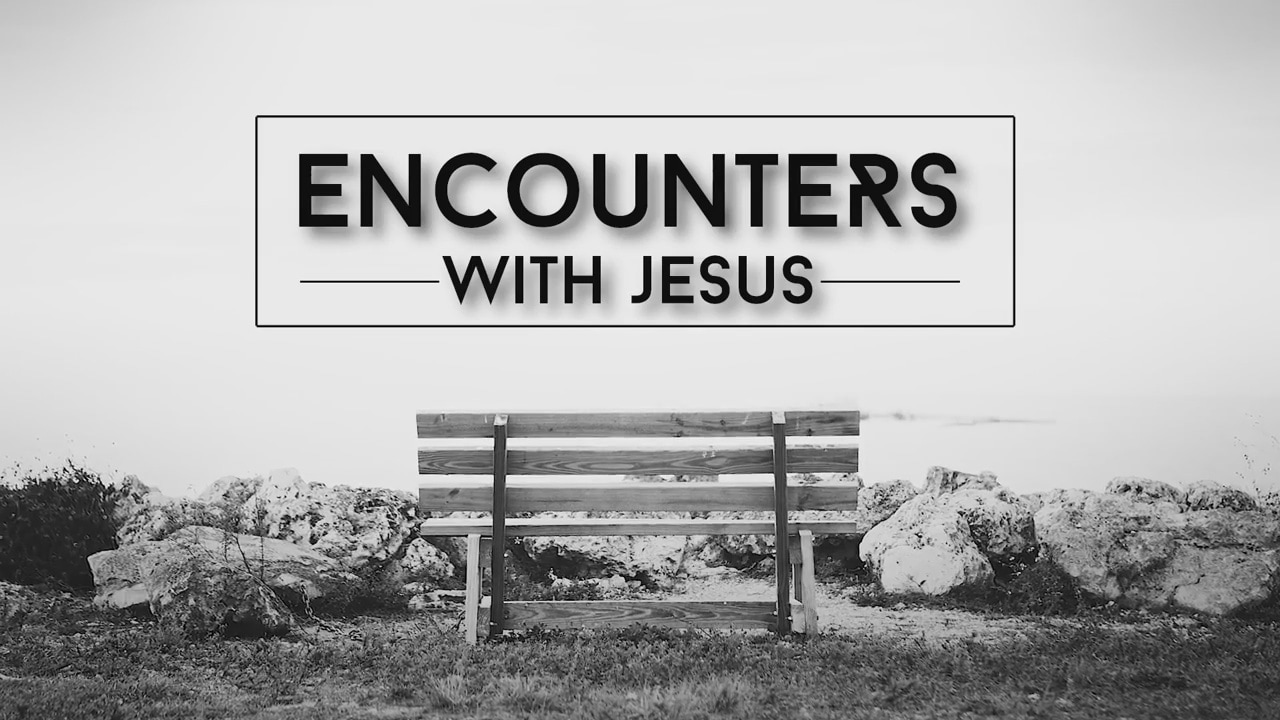 An Encounter With Jesus Takes the Guilt Away

An Encounter with Jesus gets the Party Started