I was in Lowes the other day buying some hardware for the sign in the front of the building.  I was minding my own business, trying to get what I needed and then get out.  Even though it is my favorite store to go to, I was on a mission.  Anyway, I was in the hardware section when a Lowes employee came down the aisle trying to help another other guy that was on the same aisle. The Lowes employee was wanting to get more clarificationon the particular item that this guy was looking for.  Apparently, the sought-out itemcould have been in either of two places, so the employee was just trying to find out a little more information to point this guy in the right direction.

I didn’t think nothing of it up to this point, but from the way the other guy responded you would have thought that the Lowes employee had just insulted a family member.  He just starts going offon the Lowe’s employee.  “ you don’t want to help me,” “Are you having a bad day,” “You should have just stayed home if your having a bad day and do not want to help anybody.”

I was shockedand maybe caught off guarda bit.  How could someone be so intent on using his mouth to pick a fightwith a Lowe’s employee who was really tryingto help?

The reality is, that is the world we live in. People do not have the love of Godabiding in their heart so therefore they use their mouths for destructionrather than for construction.

It is one thing to see that in the world, but it happens in the church as well.   If we are not careful, we can be guilty of tearing peopledown with our words, rather than building them up. A typical way this is done in the church is through gossip.

The bible has several thingsto say about controlling our tongues.  Just to name a few:

These three verses with many more like them point to the fact that words have thepower to either hurt or heal.  Rash wordsare like sword thrustwhich cut up your insides and leave you bleeding and in pain.  Whereas, wise words bring healing. Perhaps you are still hurting from wordsthat were spoken to you.

Our words are the thing that gets us most in trouble.  Think about every altercationthat you have ever been in.  It is almost always startedwith the mouthand is often escalatedwith the mouth.

I know when I discipline my kids, the consequences are more severewhen they use their mouths to lie, or to be offensive, disrespectful or rude.  Especially if they disrespect their mother.  You will see the wrath of dadcome out in full force at that point.  I don’t tolerate that kind of foolishness and neither does God.

When you use your words to tear someone down, you are insulting the Godwho created them.  He made them in His image and in His likeness.  So, when you insult them you insult Him.  God does not take that lightly.

Your Words Have Consequences

Just ask those juveniles who made funof the man of God, Elisha.

Their sentencedid not come upon them simply by calling Elisha bald, but because of their defiance to the kingdom of Godbeing established in the earth. They wanted him to go away just as Elijahhad been taken away.  They had learned from their idolatrous parents how to mock and scoffat the prophets of God. Elisha could foresee.

The way you use wordswill be passed onto the next generation.

Your Words Have ConsequencesEither for good or for evil. You may or may notget mauled by a bearbut you can be sure that there are consequences for your words.

Your Words Reveal Your Heart

I also know that there are bad thingsthat happen to innocent peoplewhich often results in broken people.

However, if we don’t allow God to healthose broken areas in our lives, we openourselves up to sinssuch as unforgiveness, bitterness, hatred, resentment, retaliationand anger.  From the abundance of that hurt, the mouth will speak hurtful things.

That’s why a Bully will bully.  It is very possible things are not rightat his/her home.  Someone said or did hurtful things to him/herand this individual never dealtwith that hurt in a proper way.  So, they self-medicate themselvesby inflicting hurt upon others.  It gives them momentary reliefand a false sense of worthby belittling others.

Thus, the reason it is important to allow God to heal the hurtin our own lives, so that from the abundance of a pure and forgivenheart that is filled with the love of Godcould in turnspeak pure things, forgiveness and loving thingsto others.

If you are having problems saying good thingsto others, you need to do a heart check.  You must allow Christ to healyou.

Jesus is talking to those who knew and understood the lawof Moses.  But He points out their knowledge of the law was flawedin that they only applied the law to the external and not the internal. As to say the law prohibited the sinful actbut not the sinful thought.

Christ tellsthem that murder starts in the heartand that when you have rash angerin your heart that you are guilty of breakingthe 6thcommandment.

Just to clarify, not all anger is bad, there is an anger that is justified.

For Example, Mr. Jeremiah, he has a holy anger that rises when he sees women and children being abused.  That is a justified anger.  We should be angry when we see injustice in the earth.  But that anger should lead to good worksand not violence.

You may even get angrywhen your kids do not behave, within reasonof course. It is an anger that is meant to bring about repentance.  But the anger should matchthe offenseand should never turn to violence.

26 Be angry and do not sin; do not let the sun go down on your anger,

Don’t let your anger get out of handor cross the line.  Don’t let your anger lead to violent, hateful thoughts or actions.  The important thing is not to let the sun go downon your anger. You are not to have an anger that lingers on for days. When Cain killedhis brother Able it started with anger in his heartand he let it festeruntil it had risen to the point of murder. Jesus would say that this type of rash angeris committing murder in the heart, and it is a sin deserving of death.  Deal with your anger.

So again, we can see how from the abundance of our heartour mouths will speak.  It is important that our hearts are filled with good things.

Jesus would say if your wordsor your actions have offended anotherthen you must go and be reconciledto that person.  This requires you to humble yourself, confess yourwrongs and make restitution, or to see what can be done to right the wrong, before drawing near to God.

Only after being reconciledcan you can draw close to Him, until then you are unfit for communion with God.

If we want God to hear our prayerswhen we pray, we must reconcile.

Perhaps you werethe person that was offended, hurt or abusedthen it is necessary for you to forgive the offenderbefore you go to the Lord in prayer.

25 And whenever you stand praying, forgive, if you have anything against anyone, so that your Father also who is in heaven may forgive you your trespasses.”

Because how could you offer up pure, honest, holy prayerbefore the Lord when all you are thinking about vengeance upon your enemies.  Or how could you pray the willof God for your life when you are filled with hate and anger.

Again, from the abundance of the heartyour mouth will speak.

22 to put off your old self, which belongs to your former manner of life and is corrupt through deceitful desires,23 and to be renewed in the spirit of your minds, 24 and to put on the new self, created after the likeness of God in true righteousness and holiness.

31 Let all bitterness and wrath and anger and clamor and slander be put away from you, along with all malice. 32 Be kind to one another, tenderhearted, forgiving one another, as God in Christ forgave you.

The reason why we can put away anger, bitternessand wrathand be kindto one another is because we have put off our old self, our former manner of life, and our minds have been renewed, we have put on our new selfwhich is created after the likeness of God. Therefore, we have good, dwellingon the inside us. From the goodness that is in us can flow goodness to others. 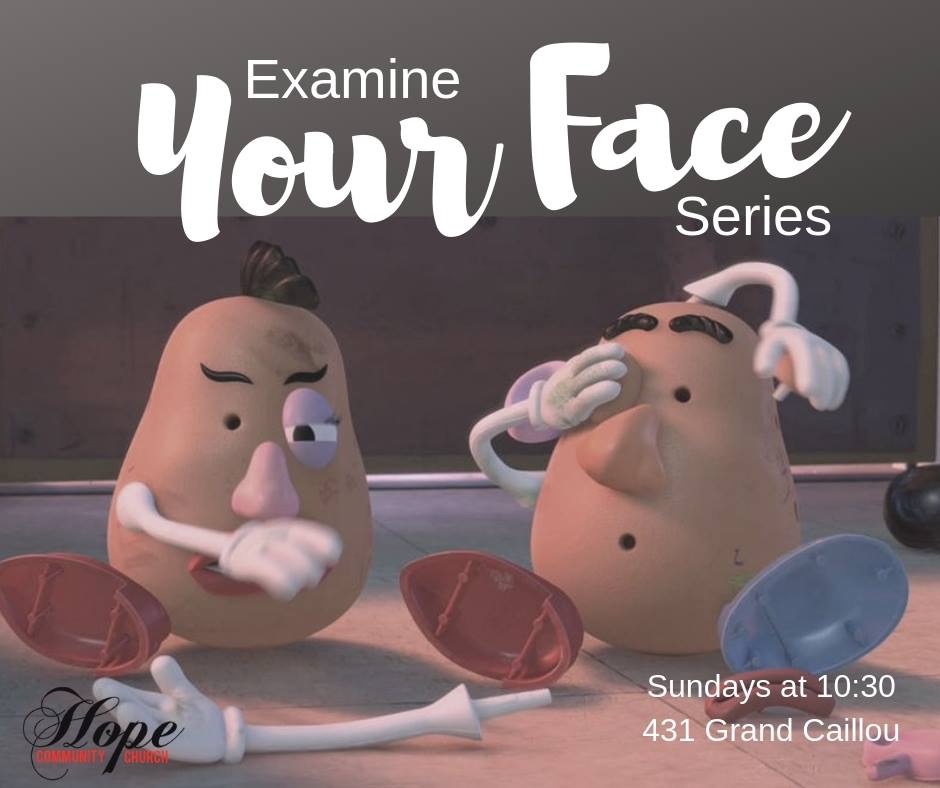 More in Examine Your Face

Can You Hear Me Now

It's Time for a Smell Check