Saul was the first king of Israel, however he disobeyedGod on an important assignment.  God had ordered him to destroy all the Amalekites.

However, Saul had disobeyed God. Because of his disobedience, God had told the prophet Samuel that He would strip the thronefrom Saul and give it to a man after his own heart.  That person was David.

When Saul realized that Davidwould take his place instead of his son Jonathon, Saul became jealousand made several attempts to kill David.

So, David finds himself in a position in which he mustmake war against God’schosen people.  Thankfully, God intervenedand spared David of committing such atrocityby hardening the hearts of the Philistine rulers.  They refused to allow Davidand his men to join them in combat, lest David switchedsides midway of the battle and became a threat rather than a help. So David and his men headed back to their houses.

1 Now when David and his men came to Ziklag on the third day, the Amalekites had made a raid against the Negeb and against Ziklag. They had overcome Ziklag and burned it with fire 2 and taken captive the women and all who were in it, both small and great. They killed no one, but carried them off and went their way. 3 And when David and his men came to the city, they found it burned with fire, and their wives and sons and daughters taken captive.

4 Then David and the people who were with him raised their voices and wept until they had no more strength to weep. 5 David's two wives also had been taken captive, Ahinoam of Jezreel and Abigail the widow of Nabal of Carmel. 6 And David was greatly distressed, for the people spoke of stoning him, because all the people were bitter in soul, each for his sons and daughters. But David strengthened himself in the Lord his God.

Davidand his men had encountered a great loss.  They lost everythingthat was dear to them.  To make matters even worse David’s men had blamedhim for their misfortune and were wanting to kill him.  After all it was his decisionto lead them to this place.   There is no evidencethat he inquiredof God in making this decision, but rather he did so because he was tired of runningfrom Saul.

Had he encouragedhimself in the Lordto begin with he would not even be in this situation.  Surely David must have knownthat the Lord was with him, and had called him to be king.  He would certainly bring about His promisesregardless of Saul’s efforts to kill him.  The Lord had protectedhim thus far with several attempts made by Saul to end his life.

Nonetheless, this is a story of God’s grace and mercy.  As He givesus what we do not deserve, and He keeps usfrom getting what we do deserve.  Even though David took it upon himself to bring he and his men into great danger, God was able to turn thingsaround once David humbled himself.  David had no other choice but to go to God.

How stubborn we areat times, that we allow things to get so badbefore humbling ourselves and acknowledging both our weaknessesand our total dependance upon God.

Though we are stubborn, God is faithful. The one thing that David could counton in this situation, was the faithfulness, and mercy of our loving God.

Reflect on the faithfulness of God

Psalms 46:1 God is our refuge and strength, a very present help in trouble.

David knew this to be true about God regardlessof how bad he had blown it.

This yearmay have been a tryingyear.  Perhaps like David you have encountered great lossin your life this year.

It is easy to be like David’s menand allow bitternessand resentmentto rise, and blameothers.  It is easy to wallow in sorrowand focus on everything that is loss.  Or you can be like Davidand realizewhen all else fails, you can standon the faithfulness of God.  He could count nothing elseas his but His God.

6bBut David strengthened himself in the Lord his God.  Here is an exampleof what that looks like.

11 Be exalted, O God, above the heavens! Let your glory be over all the earth!

In order to move forward,in order to put the loss of 2020 behindus we must trust in the loveand faithfulness of our God.

Reflect on past victories

7 And David said to Abiathar the priest, the son of Ahimelech, “Bring me the ephod.” So Abiathar brought the ephod to David.

Ephod was a garmentworn by the high priest.  Calling for the Ephod brings to remembrancethe victoriesthat God has done in the past.

It was good to bring back to mind, the things that God has done, so that he would not focus on his loss, rather focus on the Godwho has brought him throughthose losses.

In an effort to remove your focusfrom all that you have lost in 2020, I want to remind you of all that Godhas done in Hope Community in the year of 2020.

We did not do this on our own, but by the power of His might.  Instead of focusing on all that you have lost this past year, remember all that Godhas done.

Be encouraged and move forward

8 And David inquired of the Lord, “Shall I pursue after this band? Shall I overtake them?” He answered him, “Pursue, for you shall surely overtake and shall surely rescue.” 9 So David set out, and the six hundred men who were with him, and they came to the brook Besor, where those who were left behind stayed.

This time David got it rightand he inquired of the Lord whether or not he should pursue his enemy.  The Lord tells him to “Pursue” or move forward.  So David sets out and guess whois with him, the sixhundredpeople who were just about to stone him.

Only God can do that.  Only he can still the heartsof David’s warriors who had lost so much. There was war to be fought, there was groundto be gained, there were familiesto be reclaimed.  David could notdo it alone, but he needed all 1200 hands fightingwith him.

At Hope Communitywe too are moving forward.  We will not stand byand allow the enemy to robus of those who are called to be our spiritual brothersand sisters in Christ. There is ground to be gained.

We will continue to fightthe good fight of faith.  We will press forward, and we will rely on the powerof Godthrough His Holy Spirt, who is living in us, to empower usto accomplish all that is before us.  We will immediately realize our dependanceupon Him and will not go to Him as a last resort.

Just as David neededthose 600to help him, we as pastors need youto help us achieve the goals which God has called us to.

Here are a few things we believe to be important goals of 2021: (refer to handout) 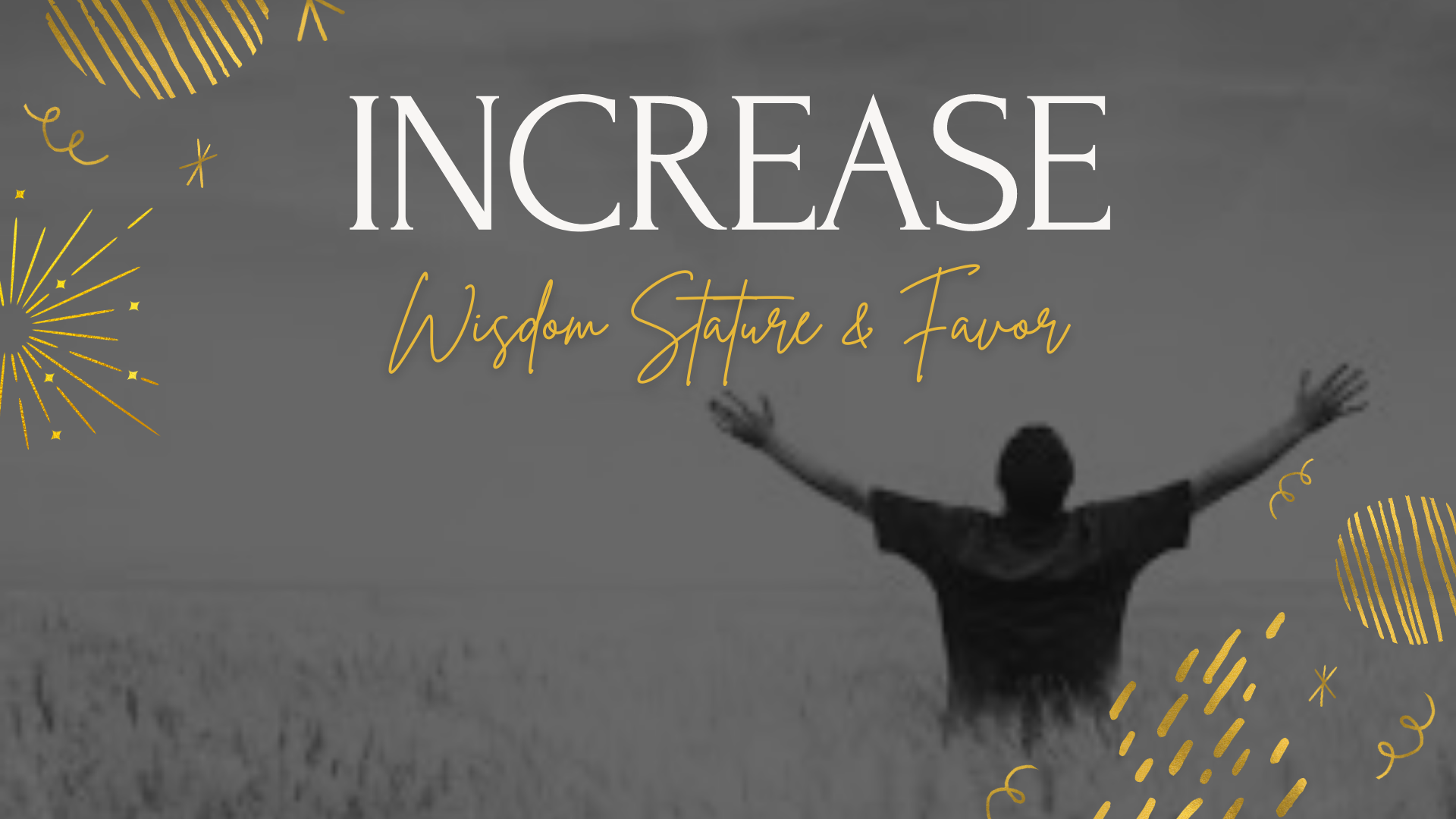 Favor with God and Man