10 Finally, be strong in the Lord and in the strength of his might. 11 Put on the whole armor of God, that you may be able to stand against the schemes of the devil. 12 For we do not wrestle against flesh and blood, but against the rulers, against the authorities, against the cosmic powers over this present darkness, against the spiritual forces of evil in the heavenly places. 13 Therefore take up the whole armor of God, that you may be able to withstand in the evil day, and having done all, to stand firm. 14 Stand therefore, having fastened on the belt of truth, and having put on the breastplate of righteousness, 15 and, as shoes for your feet, having put on the readiness given by the gospel of peace. 16 In all circumstances take up the shield of faith, with which you can extinguish all the flaming darts of the evil one; 17 and take the helmet of salvation, and the sword of the Spirit, which is the word of God, 18 praying at all times in the Spirit, with all prayer and supplication. To that end, keep alert with all perseverance, making supplication for all the saints, 19 and also for me, that words may be given to me in opening my mouth boldly to proclaim the mystery of the gospel, 20 for which I am an ambassador in chains, that I may declare it boldly, as I ought to speak.

Putting on the armor was a prerequisite to becoming an ambassador.  When a soldier puts on his armor and is accompanied with other soldiers that have their armor on as well then, they represent the strength of that kingdom or empire.  The larger number of soldiers the greater the strength of the that army.

When facing against an opponent it can be decided whether or not to engage in the fight by sizing up both sides of the battle.  If a commanding general decides that the enemy they are facing is too large to conquer, they can try to work out a peace treaty of some sort rather than risk losing the lives of all his soldiers.

A soldier is a type of ambassador as they represent something greater than themselves.

That is what it means to be an ambassador, to represent something or someone greater than oneself.  Here are two other definitions of the word.

Basically, an ambassador is a representative who has been given authority to either deliver a message or represent a certain establishment.

The first usage of the word Ambassador is in the bible. We see it in the book of Joshua, when God led his people in route to the promised land.  The word kept its meaning throughout time. An official representative of a ruler or government.

As Christians we know that God is the ultimate authority.  He is the Supreme Leader over a Supreme Kingdom.  No one is higher than He is and no kingdom is greater than His.

So, to be an ambassador for the kingdom of God is to represent all who God is, and to be demonstrators of all that He can do here on earth.  To be an ambassador is to rep Him well.   For a moment I would like to give you an idea of how dauting of a task that is.

To understand the kingdom that we represent as Christian ambassadors on the earth is to get a better understanding of how much is in God’s control.

Being an ambassador for Christ is knowing that all things are in His control.

The earth did not come into existence without God. Every beast that walks the earth and every fish that swims the ocean does so because God said so.  Likewise, every human that is breathing oxygen, does so by His command.

Not only does God create life, He sustains it.  He causes the grass and trees to grow, He makes provision for the hungry lion, He gives the horse its strength, He changes the seasons, He makes the rivers to run, He brings rain upon parched grounds, He is the sustainer of life. At the end of vs 17 and in him all things hold together.

To be an Ambassador for Christ, or a representation of His kingdom, is to understand He controls everything, even those things that are beyond our control.  There may be circumstances beyond your control, however God controls and sustains all things.  Knowing this will give us the confidence to trust in Him.

The next thing that is in his control is satan, and sinful acts of men.

25 But Jesus rebuked him, saying, “Be silent, and come out of him!” 26 And the unclean spirit, convulsing him and crying out with a loud voice, came out of him. 27 And they were all amazed, so that they questioned among themselves, saying, “What is this? A new teaching with authority! He commands even the unclean spirits, and they obey him.”

God is sovereign over satan and his demonic spirits. This scripture is just one of several examples throughout the gospels when Jesus commands unclean spirits to come out and they had to obey.  Because all things are in His control.

The devil can not do anything unless given permission by God to do it.

Look at the book of Job.

8 And the Lord said to Satan, “Have you considered my servant Job, that there is none like him on the earth, a blameless and upright man, who fears God and turns away from evil?” 9 Then Satan answered the Lord and said, “Does Job fear God for no reason? 10 Have you not put a hedge around him and his house and all that he has, on every side? You have blessed the work of his hands, and his possessions have increased in the land. 11 But stretch out your hand and touch all that he has, and he will curse you to your face.” 12 And the Lord said to Satan, “Behold, all that he has is in your hand. Only against him do not stretch out your hand.” So Satan went out from the presence of the Lord.

Satan could do nothing to hurt Job until he had permission from God to do so.  Job lost everything that he had including his livestock, his sons, daughters, servants, dignity, and even his health.  To make a bad situation worse, his friends proved to be no friends at all during his time of affliction.  All of this was done by the enemy who was given permission to do so by God.

Now this can either make you angry, and ask the question, why would God allow such things.  Or it will make you excited to understand that God is sovereign and in control of all things including satan and all his schemes to destroy your life.  Death nor the grave could hold him down, sickness nor disease could not stand in his way.  There is nothing that is beyond His control.  All things are subject to him.

At the end of the story Job gets double of everything back that was stolen from him.

God knows no time, He is in the past, present and future all at the same time.  He sees your future and He is working all things for good, for those who are called according to His purpose.

To be an ambassador for Christ, or to represent the kingdom of God, is to acknowledge that he is in control over the darkness that you currently find yourself in. Even if He has allowed you to experience suffering on this earth for a season, do know that your suffering is temporal and not eternal.  He has a plan to bless you beyond blessings if not in this life, surely in the life to come.

God is in control over the mission of the church.

14 And this gospel of the kingdom will be proclaimed throughout the whole world as a testimony to all nations, and then the end will come.

In this verse Jesus is giving His disciples clues to look for that point to His return.  He tells them that the gospel of the kingdom will be proclaimed throughout the whole world.  This was a declaration made by Jesus the Son of God.  This same Jesus was at the beginning with God when he made the heaven and earth.  God spoke the world into existence and everything He spoke came to past. Therefore, Jesus has the same authority because it has been given to him by the Father, to declare the gospel of Jesus will be proclaimed throughout the earth.  It was a sure thing that was going to happen.  There would be no one who would succeed in stopping it.  Though many have tried.

God created the church, He sustains the church, He will come back for His church. Being an ambassador for Christ is to take a stand for the mission of the bible by proclaiming the gospel.

So, when the apostle Paul says that he is an ambassador in chains, He is saying that even in his imprisonment his objective is to represent Christ, and to rep Him well. He is also saying that his authority came not from himself but came from God our supreme leader. Therefore, Paul was given authority by God.  Authority to do what?

Paul tells us in Ephesians 6:20 that I may declare it boldly, as I ought to speak. Speaking and declaring the things of God is what he ought to do because that is what God had instructed him to do.

How can we apply this to our lives?

I would like to go back to the definition of the word Ambassador.

As a Christian you are an ambassador of heaven. Meaning you represent Christ to others on the earth.  You have been authorized to not only represent Him but also to deliver His message.

Knowing who you represent is vital to understanding how to represent.

Having the assurance of who He is and that He has all things under His control, should give you the confidence to be an ambassador for Him and to Represent Him Wellin the earth today!

So many people are depending on you to Represent Him well.  You may be the only example of Christ that they see.  One way we can do that is to let our light shine bright.

16 In the same way, let your light shine before others, so that they may see your good works and give glory to your Father who is in heaven.

Don’t be ashamed of Jesus who was publicly humiliated and even died for you.  Let your light shine bright.  Let people see that you are different from the world. Let people in on the hope in which you have through Jesus Christ our Lord.  Be an Ambassador, Represent Him Well! 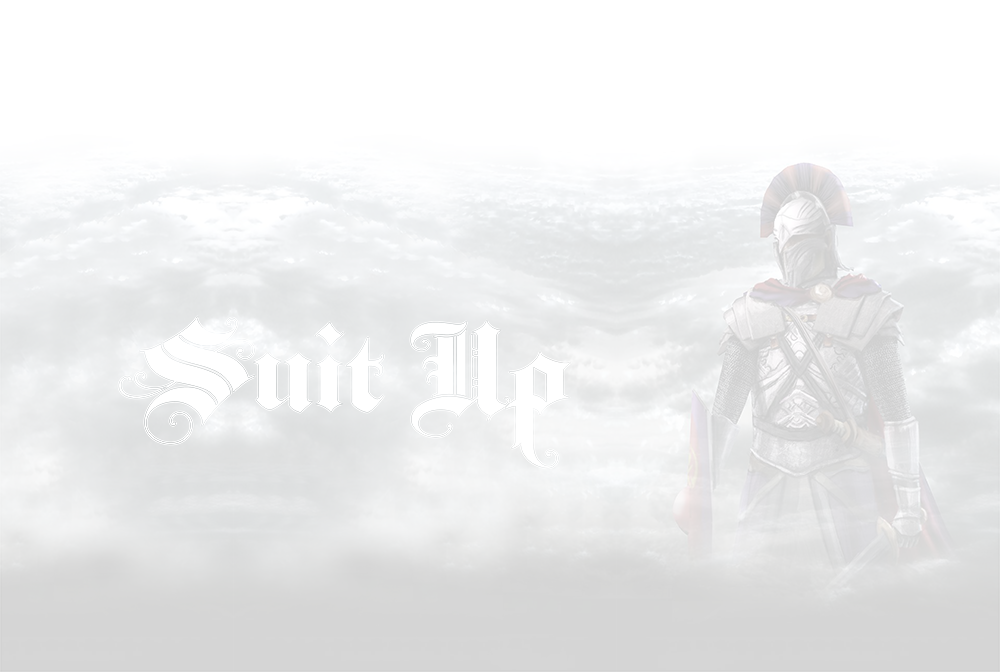 More in Suit Up

How to Use Prayer as a Weapon?

And Take the Word of God...