The fear of the Lord is the beginning of wisdom, and the knowledge of the Holy One is insight.

There is a healthy fearof the Lord which every believer should possess. However, we do not like to talkabout fearing God, because that would imply that we also need to talk about our reasonwe should fear God. Which is mainly because of His wrath. Talking about the wrath of Godmakes us uncomfortable.  We like to view God as lovingand forgiving, and He is bothof those things.

But our eyes need to be opento the fact that He is a God of lovebut at the same time He is a God of wrath. We need to know that His ways are justand that in the end timesHe will pour out His wrathupon the ungodly.

In the Old testamentwe see several instances where God’s wrath burned hotagainst Israel (His beloved people) because of their sin.

An example is found during the Exodus.  That is when God delivered the Israelitesfrom the hands of Egyptian slaveryand brought them to the promised land.  Alongthe way…

5 And the people spoke against God and against Moses, “Why have you brought us up out of Egypt to die in the wilderness? For there is no food and no water, and we loathe this worthless food.” 6 Then the Lord sent fiery serpents among the people, and they bit the people, so that many people of Israel died.

Goddoes not take sin lightly.  Especially the sin of using your mouthto tear downthe leader that God has placed in your life.  Be cautiousnot to engage in conversation which tears down another brother or sisterin Christ or God’s chosen leader.  He/she is another childof God.

Do notcome talk negativelyto me about Pastor so and so, I really do not want to hearit nor do I want to participate in any such thing.

Genesis 18:20 Then the Lord said, “Because the outcry against Sodom and Gomorrah is great and their sin is very grave,

What sins were worthyof God consuming them with fire and sulfur?

49 Behold, this was the guilt of your sister Sodom: she and her daughters had pride, excess of food, and prosperous ease, but did not aid the poor and needy. 50 They were haughty and did an abomination before me. So, I removed them, when I saw it.

Besides these we find In Gen. 19 that the menof the city were inflamedwith sexualimmorality.  Lost the natural affectionthat a man has for a woman and burned with lustfor each other.

There are several more examples in the Old testament but let us look at one from the New testament.

1 But a man named Ananias, with his wife Sapphira, sold a piece of property, 2 and with his wife's knowledge he kept back for himself some of the proceeds and brought only a part of it and laid it at the apostles' feet.  3 But Peter said, “Ananias, why has Satan filled your heart to lie to the Holy Spirit and to keep back for yourself part of the proceeds of the land? 4 While it remained unsold, did it not remain your own? And after it was sold, was it not at your disposal? Why is it that you have contrived this deed in your heart? You have not lied to man but to God.” 5 When Ananias heard these words, he fell down and breathed his last. And great fear came upon all who heard of it.

For the wages of sin is death, but the free gift of God is eternal life in Christ Jesusour Lord.

This should bring about a healthy fear of Godand should cause us to be awe-struckat how greatour salvationis. For when we are savedby grace and through faith in Jesus Christ, we are really sparedfrom the wrath of Godwhich is to come.

In Revelationswe see several passages which point to a future wraththat God will pour out.

Last weekwe mentioned the sign of the sunbeing darkened, the moonturning to blood, and the starsof heaven falling out of the sky:  Afterthis happens

15Then the kings of the earth and the great ones and the generals and the rich and the powerful, and everyone, slave and free, hid themselves in the caves and among the rocks of the mountains, 16 calling to the mountains and rocks, “Fall on us and hide us from the face of him who is seated on the throne, and from the wrath of the Lamb, 17 for the great day of their wrath has come, and who can stand?”

11 Then I saw heaven opened, and behold, a white horse! The one sitting on it is called Faithful and True, and in righteousness he judgesand makes war. 12 His eyes are like a flame of fire, and on his head are many diadems, and he has a name written that no one knows but himself. 13 He is clothed in a robe dipped in blood, and the name by which he is called is The Word of God. 14 And the armies of heaven, arrayed in fine linen, white and pure, were following him on white horses. 15 From his mouth comes a sharp sword with which to strike down the nations,and he will rule them with a rod of iron. He will treadthe winepress of the fury of the wrath of God the Almighty. 16 On his robe and on his thigh he has a name written, King of kings and Lord of lords.

10 and the devil who had deceived them was thrown into the lake of fire and sulfur where the beast and the false prophet were, and they will be tormented day and night forever and ever.

15 And if anyone's name was not found written in the book of life, he was thrown into the lake of fire.

That is the penaltyfor our sin if our names are not foundin the book.

8 But as for the cowardly, the faithless, the detestable, as for murderers, the sexually immoral, sorcerers, idolaters, and all liars, their portion will be in the lake that burns with fire and sulfur, which is the second death.”

Reading about God’s wrath should instill in us a healthy reverent fearof God.  But there is good newsfor the believer.  We are not going to be recipientsof His wrathif our names are found written in the bookof life.  We may have to go through tribulation, but we will not experience the wrath of God.

In fact, the very opposite willbe the case for believers.  For we cannot talk about His wrathwithout talking about His Grace & Mercy

It was God’s gracewhich sought to sparethe people of Sodom and Gomorrah from the impending destruction as Abraham intercededfor the people.  God had told Abraham

26 And the Lord said, “If I find at Sodom fifty righteous in the city, I will spare the whole place for their sake.”

It was a measure of His Graceand mercy which demonstrates an important characteristic about God, that is He is slow to anger

7 And the people came to Moses and said, “We have sinned, for we have spoken against the Lord and against you. Pray to the Lord, that he take away the serpents from us.” So Moses prayed for the people. 8 And the Lord said to Moses, “Make a fiery serpent and set it on a pole, and everyone who is bitten, when he sees it, shall live.”

This was another demonstration of God’s Grace.  Godhad provided a wayin which they could be whole.  Even though they sinned.  It was a foreshadowingof the coming Christ.

13 For “everyone who calls on the name of the Lord will be saved.”

BothAnanias & Sapphira were askedif it was so before they receivedthe payment of death.  This too was graceas it was an opportunityto tell the truth.  In addition, their deaths, brought about graceto the early churchas they realized how serious God isabout “Lying to the Holy Spirit.”

In the same chapterwhich we find God’s judgementagainst sin, we find an extensionof His Grace

7 The one who conquers will have this heritage, and I will be his God and he will be my son.

This is the promisefor every believerwho conquers.  He will be our Godand we willbe His people.  We have done nothing to deservethis, but He gives us this godly heritageby Hischoosing.

One more important thing that we must mentionwhen we talk about God’s wrath, is that the reasonwe can have this godly heritage, and have our names writtenin the Lamb’s book of life, and spend eternitywith God is because Christhas taken upon himselfour sin, and consequently God’s wrathfor our sins.

4Surely, he has borne our griefs and carried our sorrows; yet we esteemed him stricken, smitten by God, and afflicted. 5 But he was pierced for our transgressions; he was crushed for our iniquities; upon him was the chastisement that brought us peace, and with his wounds we are healed. 6 All we like sheep have gone astray; we have turned—everyone—to his own way; and the Lord has laid on him the iniquity of us all.

Jesus was smittenand afflicted by God, meaning it was God’s planforJesusto be crushedand to take onhimself the wrath of God.

When Jesus asked His disciples the question

He was referring to the cup of God’s wrathwhich He would soon drink from.  He would do so not for His own sinsbut for ours.

Our iniquity, our sin, our shame, was laid on Him.  God’s wrath burnedagainst our sin on the body of Jesusour Lord.

The only waythat you and I will have a heavenly inheritance, the only way that we will be sparedfrom the wrath of God, is if we are coveredin the blood of Jesus. 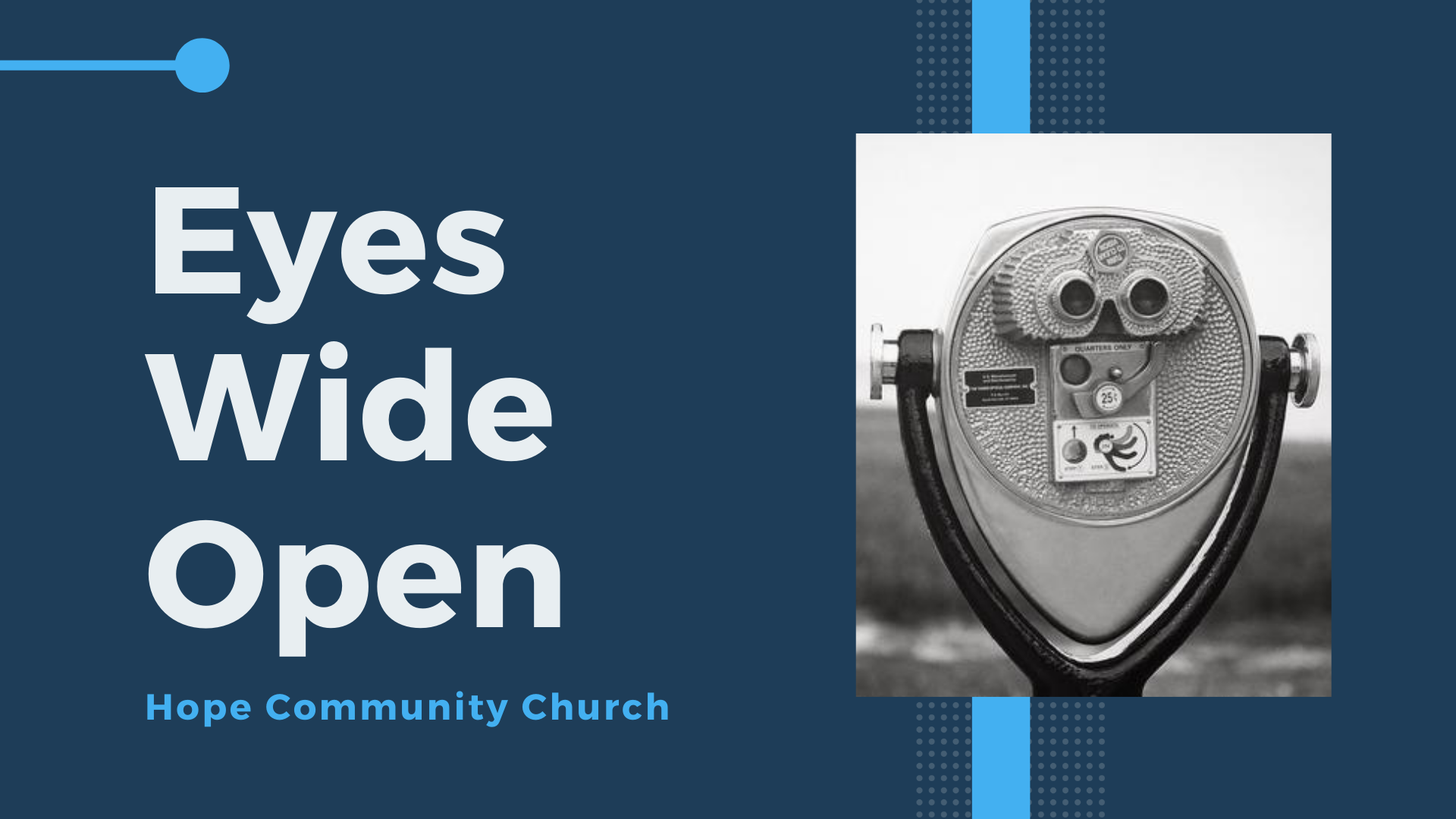